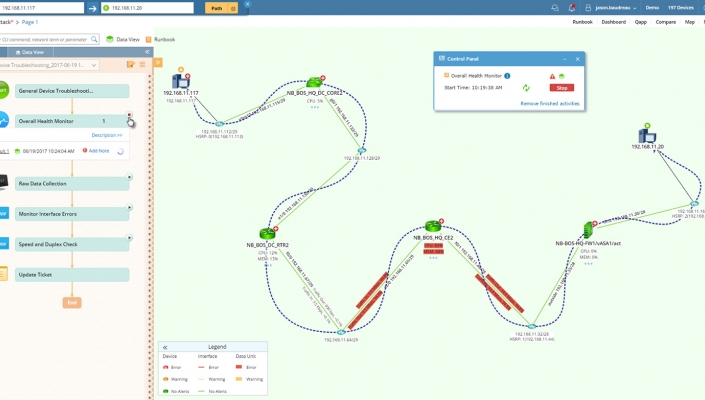 Network automation vendor NetBrain Technologies has opened a new London office and has signed a lease for another office in Toronto, Canada, as it moves to better meet the needs of its service provider channel.

The new offices increase NetBrain’s footprint to six offices worldwide, which include its headquarters near Boston, US, as well as additional locations in Sacramento, Munich and Beijing.

"As network teams continue to deal with the challenges of manual enterprise network management, the demand for better visibility and automation across hybrid network environments is on the rise,” said Lingping Gao, chairman and chief executive officer at NetBrain. “In response to this demand, we are working to make our NetBrain platform more readily available for network engineers globally. The opening of our new London and Toronto offices is key as we expand our global presence and accelerate the market adoption of adaptive network automation.”

NetBrain’s new London office will focus on expanding the company’s sales and marketing to better support European managed service providers and enterprises, said the company. The new Toronto office is expected to open in April 2019, and will focus on building out the company’s R&D and professional services functions.

NetBrain's latest platform release, NetBrain Integrated Edition 7.1, was launched in mid-2018, and features network mapping and automation capabilities for physical, virtual and software-defined network environments. The company says it has over 2,000 enterprises and managed service providers who use NetBrain to automate network documentation, accelerate troubleshooting and strengthen their network security.