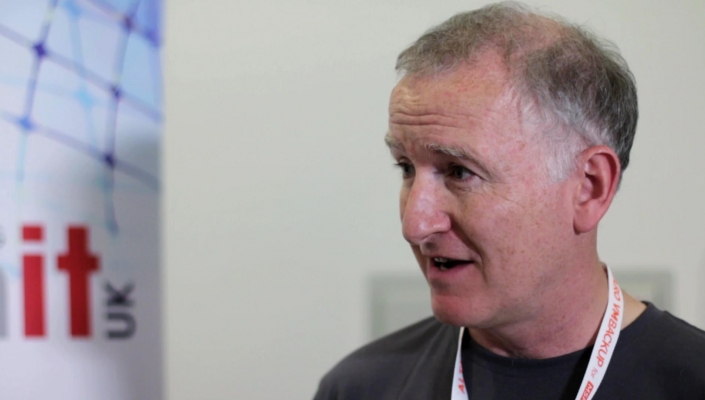 Regulatory specialist Keepabl was at this year's Managed Services and Hosting Summit in London, bringing to market an idea which was sparked by last year's event. Robert Baugh talked to IT Europa about his big idea.

Robert Baugh (pictured): “I’d been general counsel for VC-back global companies for about thirteen years until last year when I exited one of them. I decided to look at the MSP market. So obviously I came to the summit last year; I saw that all the MSPs were saying they had customers asking them about GDPR, and asking what answers they should have, and what tools. I thought, well I’ve been in SaaS myself, I’m a lawyer, I’ve been a customer in midmarket companies, translating complex regulations into achievable risk management programmes. I thought this is perfect SaaS material – why aren’t they using what is out there? I had a good idea on what I could build, so I did some consulting and now we are here at the Summit on year on, as a vendor. So a year on from recognising the problems, and the issues, it is great to be back.

“We have had some great discussions here, and as ever, it is a great summit. The MSPs are really here to do business and are serious about looking at solutions. They are all still talking about GDPR and it has not gone away. There was a Y2K aspect, with people thinking it would go away. This is not what is happening – customers are saying that their own customers are saying they can’t sign a contract until they have a good GDPR answer.  So the MSPs are still being asked and we have had good discussions.

“Our intent is to be the Salesforce.com of SME compliance.  So privacy is our first vertical, we will add information security next year, and the California privacy act next year as we have a subsidiary in the US, and we have been accepted by Silicon Valley Bank on both sides of the Atlantic. We very much want to be the UK national champion, with Silicon Valley DNA. We are solving regulatory headaches for people, so privacy is the first and we will see how it develops. All this emerged from last year’s summit and thinking how can we help MSPs consolidate that move from break-fix to recurring revenue and expand their trusted advisor remit, and bring GDPR into it instead of losing it to somebody else.”