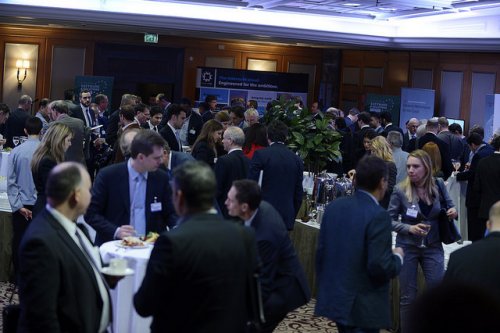 Customers are driving the pace of change in European software development, attendees at the European Software and Solutions Summit were told this week. Consumers and users are pushing for more and better systems; “Patience with technology is plummeting” said John Madelin, Verizon EMEA marketing VP told the 150+ in the audience drawn from ISVs and channels across Europe. This could work to the advantage of suppliers, who were racing to provide results. “Early adopters are no longer the ones who lose money,” he said with a "get in first" message for bigger gains by software companies.

And it was the opportunity to solve business problems with a minimal IT investment that would be the economic answer for customers, he added. HP's Duncan Campbell said that the pace of change meant that the dialogue shifted even more to business outcomes, with faster cycle times on top. Oracle's John Abel, Senior Director, EMEA Engineered Systems, pointed to a dramatic change in the software landscape with real cloud adoption in two years' time more than doubling from the current position. Virtualisation had driven efficiency, but “had only taken customers so far”. It means that the “everything as a service” model will appeal even more to ISVs who will need to look at not just Software-as-a-service (SaaS), but data-as-a-service, middleware-as-a-service, as well as infrastructure-as-a-service.

Interoute's CTO Matthew Finnie also looked at IT efficiency - “In a world where to the costs of people and real estate seem to only go up, business must turn to the silicon in the form of the digital model to push costs down”. He also warned that standing still was not an option for ISVs and solution providers generally: “With most technologies forever evolving, trying to preserve stuff is no answer.”

Earlier in the day, Gartner's Errol Rasit (below) had set the scene with a keynote on how customers, channels and competition was changing how IT was delivered. He had started by saying that “IoT is the most important thing to happen to IT in years”, a theme quickly picked up by Melissa Di Donato, head of European Channels & ISV Programs at Salesforce.com who pointed out that a connected environment would mean connected sales teams, digital sales aids and an integrated customer platform as part of the broader pattern. “The world has gone social with 2.3 billion social users, but companies are building their own social networks in the form of communities,” and channels would need to adapt to this.

There were other major implications for channels, she said, with the way things were sold. Errol Rasit had earlier warned that only about 15% of existing channel sales teams would be able to sell concepts to business rather than the traditional point solutions. At least half the rest might be retrained to to the new ways of working, he said, but it would be an issue.

In the afternoon sessions, HP and Oracle seemed to be much in agreement for once, on the need to transform both their businesses, their channels and how customers interacted with them. ISVWorld's CEO Rene van Erk commented that “It feels like Oracle and HP are the emerging players in cloud and SaaS after years of headlines dominated by the likes of Amazon.”

HP used the occasion to launch its European ISV2SaaS programme which promised resources and help for software houses making the transition to the new marketplace. It would offer ISVs a way to reach new markets with service providers and this was a key part of the HP move, Duncan Campbell said, and the model would be developed further in future years..

And while everyone agreed on the speed and nature of the changes in the industry, Oracle also warned of pressures in the channel for resources: “Available skills are a rising barrier to cloud adoption, even as security concerns, while still top, diminish,” commented John Abel, while ConnectWise's Solution Strategist, Malcolm Diack said that any differences in skills between networking and IT people were fast disappearing. Tom Davis, Exertis VAD Vendor Manager for Dell said that support for channels making this transition would be essential.

Stop Adding the Wrong Layers to Your Security Stack!