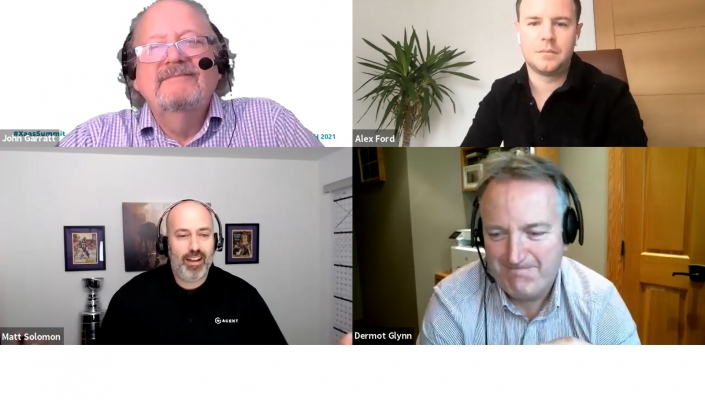 The second XaaS (Everything-as-a-service) Summit this week covered a lot of ground – from sustainability issues in the channel to the problems around working from home and the new skills needed to manage people and customers remotely.

One clear word of advice came from Leigh Plumley CRO from global MSP Aptum: communicating with staff and customers is a key focus, he says.  “We have lost the random conversation and informal communication [in the crisis], so allowing moments of informality is also important.” And it seems to work – Aptum’s customer survey shows its customers are 30% happier than before the crisis, he says.

Over-communicate if anything, he advises. This is to build relationships and solve problems. “Don’t just jump into the business talk – ask them how they are doing. I have set up many more one-on-ones with people just to check they are OK. There is a balance, but when talking to new customers, they are trying to solve their business problems, and more than ever they are looking for providers that are knowledgeable, so we’ve had a good reaction from both new and existing customers as we try to work through this time.”

And in case you were thinking of setting up a department of communications – listen to Matt Casey who stripped out layers of management when CEO at Moonfruit. He is not a believer in over-managing, telling the event: “We were spending a lot of time on management and it was very difficult to find any genuine value to it. When I was looking at ways to be more efficient, I stripped out anything which was not definitely helping. I realised that there was very little in management, but the strongest reasoning in software development was that I knew that a developer on their own could make a whole app, but a big team was not able to make even one added feature. So I gave them autonomy. If you leave people to get on with it, they can and will be happier. Management has traditionally been geared around an assumption that people don’t want to do the work rather than assume they do. I just assume people want to do a good job, and it works.”

To kick off the online event, Nick Mayes of analyst PAC had set out the way that the services market was moving in a time of uncertainty.  The word trust has been overused in the marketplace, he said, but the last year has opened the eyes of users as to who their real partners are.  “Which ones went the extra mile to keep their lights on or worked over the weekend to go remote. We are looking at the rankings of the IT services suppliers now and the ones whose bookings have been the most resilient are those that really supported their customers. This will have a long-term effect,” he said.

Long term IT deals are in decline and may not be suited to customers with two or three year horizons. “We’re seeing much more focus on outcomes rather than technical deals. Employee experience is a new metric, and organisations are refocusing around what matters and expecting suppliers to deliver on those rather than help-desk ticket turn-round speeds,” Nick Mayes concluded.

It was a challenging time getting into the rhythm of a remote working lifestyle, said Greg Jones at Datto. “We are starting to see SMBs start to spend their way out of this, and conversations have shifted with the topics moving from those just with IT departments into boardroom conversations. IT has all moved up the chain, which is great for service providers.”

Sam Broadhurst at Fujitsu has been working from home for a year and sees the hybrid model continuing.  The conversations with partners have been increasing as the demand changed and the challenge for some has actually been keeping up with this demand. “As well as customers, service providers and vendors have been changing and we are all trying to get ahead of the game. It will only get more interesting – you have to embrace the change.”

Kyle Torres at Sophos: “Over the last few months, thing have shifted to supporting multi-cloud environments and the activity we have has been good, as clients have been forced to migrate, and now we are looking at securing it. And discussions are not about just shifting products – there is more of a consultative approach.” Service providers are also very interested in support and streamlining their business, he added.

In the second panel session (pictured), the question of the future workplace emerged again as one probably worthy of a longer discussion. As Dermot Glynn from service provider DGtek Solutions said, three-quarters of professional workers want to continue working from home after the crisis.

There were some other possible benefits: Matt Solomon from ID Agent pointed out that in an industry pressed for resources, the ability to hire from outside the usual bubble that most firms find themselves in could be a significant game changer.

In future however, things like emotional intelligence should be a key ability – a degree of empathy, all about relating to others, the panel generally agreed. Trust is needed in both directions, says Alex Ford from IT Glue. Other skills include being organised personally and able to schedule the day instead of being in an office environment. “Little things like that – being more productive and effective.”

The full recording of the event is available as a download here  Details: xaas-summit.com