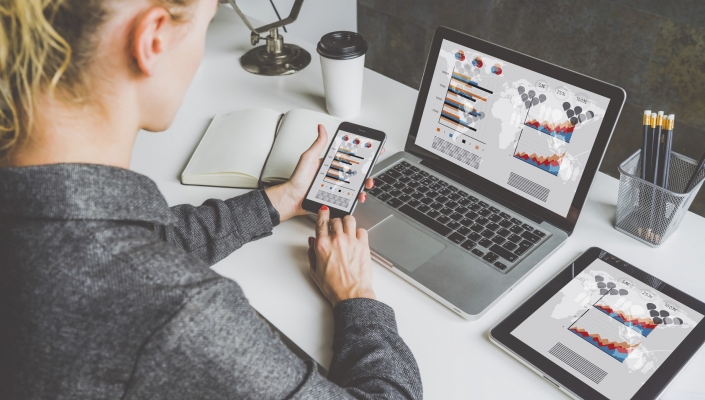 Covid-19 home working surge s currrently driving major sales growth across categories, but this may not last for more than a few weeks.

However, strong demand has impacted inventory significantly. “We’ve heard from many distributors that it is critically low in quite a few of the top markets. They’ve told us that their customers are buying everything they can, including ageing stock,” explained Adam Simon, CONTEXT’s Global Managing Director.

Web cams, headsets, software and notebooks are the categories generating the biggest increase in channel revenue across Western Europe, as home working and schooling forces major changes in demand, according to CONTEXT, the IT market intelligence company. Latest figures from the company’s Covid-19 weekly report shows IT distribution figures for the four weeks ending 22 March 2020 revealing the biggest year-on-year increase in revenue (€) for web cams (127%), followed by headsets/headphone and microphones (76%).

It is also expected that the Covid-19-related spike in revenue will hit a peak. Analysis from Italy reveals that following a large spike beginning in week 9, growth declined sharply in week 12.

Notebooks also recorded strong growth in the quarter (36%), with year-on-year sales surging particularly in March, across business and consumer markets. Data for the first three weeks of the month put year-on-year growth at nearly 56% for business notebooks and 44% for the consumer space. In the commercial sector particularly, the two countries recording the biggest growth in notebook sales revenue were those which announced lockdowns earlier than others in Europe: Italy (137%) and Spain (143%).

Overall, week 12 figures show sales revenue growth in Europe 8% higher than it was the same time last year (10% versus 2%). In individual countries there’s similarly a clear divergence between 2020 and 2019 figures at around the time schools were ordered to close in Italy (week 9), Spain (week 11), Germany (week 12) and the UK (week 13). However, while there’s a clear correlation between increased channel spending on IT in Western Europe following government lockdowns, there’s less clear evidence in Eastern Europe.

CONTEXT expects the same week 12 decline to happen in many other Western European countries that are experiencing the same trends, particularly those like Spain, which have engaged in similar business lockdowns.