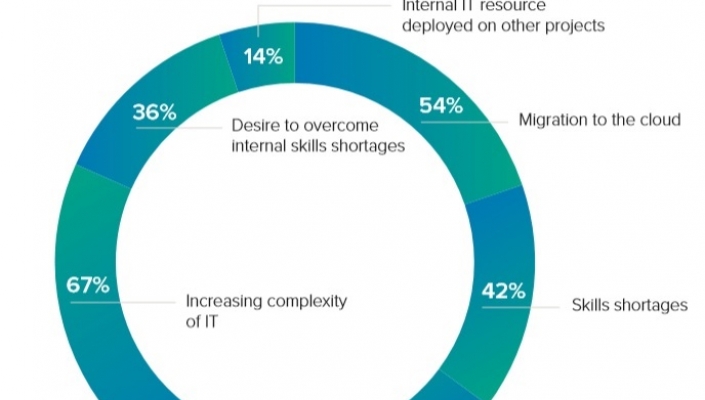 In a report to mark the third annual MSP Day, research for Barracuda has found that most MSPs want wider portfolios of services to meeting rising customer demand. And security is key - some 88% of those questioned said that demand for security services was either ‘moderately’ or ‘significantly’ increasing. Endpoint Security, Email Security and Network Security all made it into the top five services table in 2020. In 2019, email security was the only security service in the top five.

Almost 300 global MSPs were interviewed for this year’s report, spanning the UK, US, Germany, Canada, Ireland, Belgium, Australia and Spain. The findings revealed that regardless of location, MSPs across the globe are facing similar challenges when it comes to provision and the growth opportunities around future security offerings.

As this report says, many channel players are still on the path towards becoming a true MSP. They have perhaps been hampered by customers unsure about a move to cloud-based services or a pay-per-use model; or perhaps internal cultural challenges such as the existing salesforce realising and resisting the end of the huge deal-by-deal bonus.

Those partners that have gone through the pain of transitioning to a service player have certainly not regretted opening up new continuous revenue streams, and for many it has brought them even closer to their customers. Another point worth making is that pure-play MSPs are in the minority, and by far the largest number of MSP players could be classed as hybrid providers – offering a mix of hardware and services, it says.

But there is still some way to go; mainly in customer understanding – where some 57% said that their level of knowledge of managed services was a challenge. Some 72% said a lack of skills in-house at a customer was a chance to persuade them of the benefits of a third party supplier Whether they get time to educate customers in the current crisis remains to be seen.