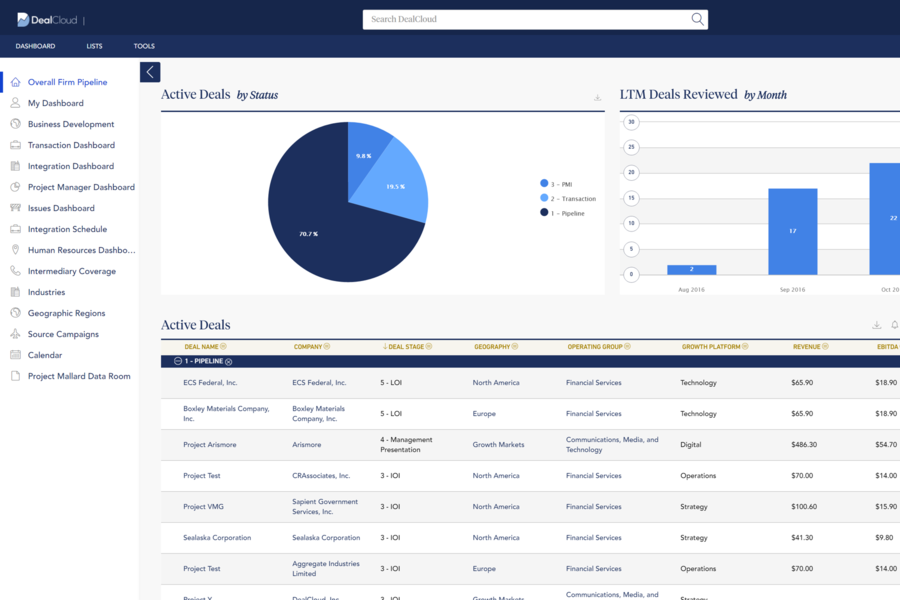 DealCloud, an Intapp Company, reports increased demand for its capital markets software across firms headquartered in EMEA, as well as a need for localised support for firms headquartered in North America. To date, the firm has hired several tenured professionals from the industry, opened a new office in London's financial district, and expanded service offerings across the region.

"Over the last 12 months, DealCloud has significantly expanded our client base, with marquee wins at many of the largest and most sophisticated investors globally both headquartered in EMEA and others with sizable offices in the region," said Mike Santos, Head of Client Development for DealCloud in the area. "Our success can be attributed to our best-in-breed technology platform and our detailed approach to client development that leads to successful implementations, seamless data migration, and high rates of user adoption."

To help fuel the client development program, DealCloud has appointed Matthew Hardscastle as Client Development Director, based in London. Previously, Mr. Hardcastle served as Assistant Director at Inflexion, a London-based, mid-market private equity firm that is a DealCloud client. There, he worked across deal origination, execution, fundraising, and value creation as well as led Inflexion's implementation of DealCloud that now underpins these key activities. This hands-on knowledge will help inform client strategy and support for EMEA clients moving forward.

The company has also appointed Omar Khazen as Associate Director of Client Development based in London. Mr. Khazen most recently served as the Head of Sales at Unquote part of the Acuris Group focusing on developing existing and new relationships across the European private equity community. Fluent in Arabic, French, and English, Mr. Khazen will help expand DealCloud's client base in the region.